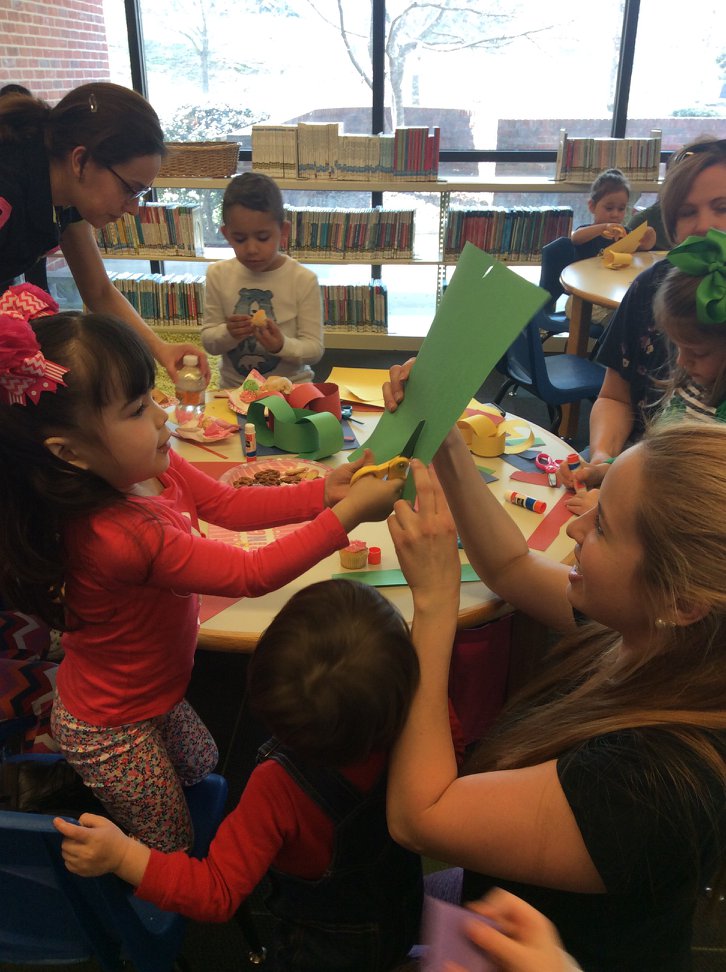 We read 2 to 3 stories with a craft or activity following.

This program is designed for pre-K and elementary school learners, but all children are welcome!