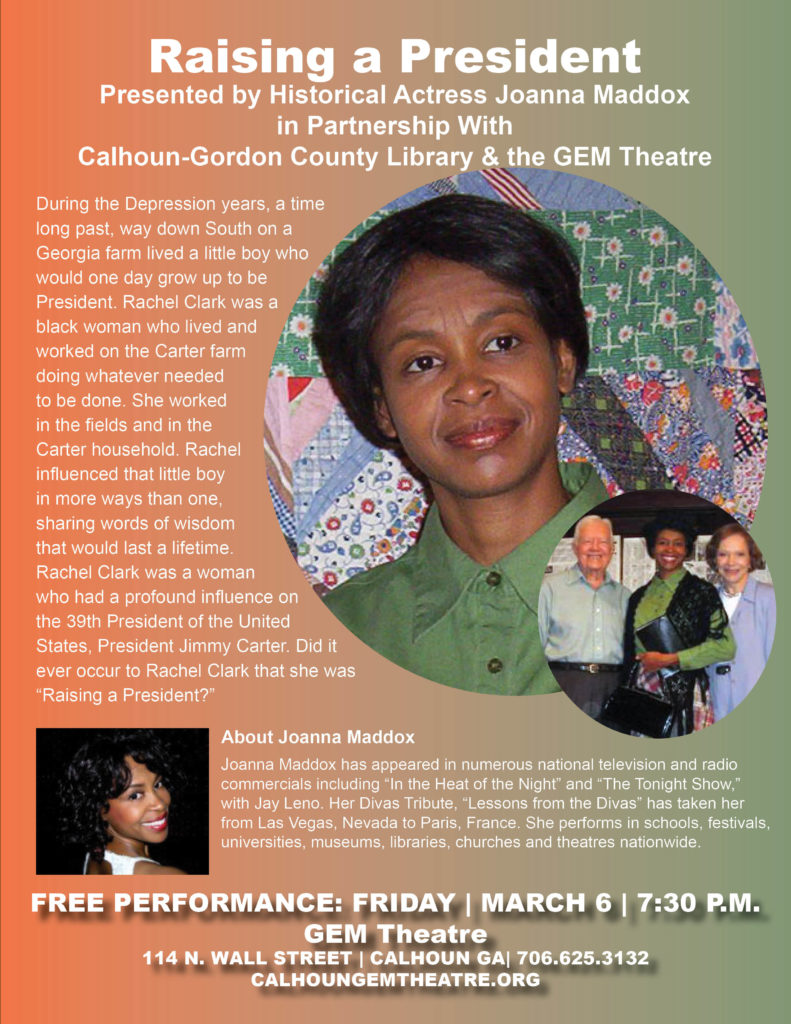 Open to 3rd grade and older.  Join actress, singer, and storyteller, Joanna Maddox as helps us relive the story of Rachel Clark’s influence over a young Jimmy Carter. Note: This free performance will be held at the GEM Theatre (114 N Wall St, Calhoun, GA 30701).

The story of Rachel Clark and Jimmy Carter takes place in Georgia during the Depression, where a little boy lived who would one day grow up to be a president. Rachel Clark was a woman who lived and worked on the Carter Farm, working in the fields and in the Carter household. Rachel influenced that little boy in more ways than one, sharing words of wisdom that would last a lifetime.

Joanna’s portrayal of Rachel Clark was much more than I expected. Her performance has made me fall in love with Mrs. Rachel Clark all over again. You must see the show, you will be truly blessed. – President Jimmy Carter

Joanna Maddox has appeared in numerous national television and radio commercials including “In the Heat of the Night” and “The Tonight Show,” with Jay Leno. Her Divas Tribute, “Lessons from the Divas” has taken her from Las Vegas, Nevada to Paris, France. She performs in schools, festivals, universities, museums, libraries, churches, and theatres nationwide.